Transport for London (TfL) are expanding London's cycle network to connect people and places all over the city. This will make cycling easier and safer in people's local communities, town centres and high streets.

TfL wants to hear your views on proposals for four new cycle routes that are being developed with the London boroughs of Barking & Dagenham, Camden, Hackney, Haringey, Islington, Redbridge and Tower Hamlets. A full public consultation will run later this year.

Route options shown in these maps are not finalized - they will be refined based on comments and feedback.

Between Camden and Tottenham Hale

At approximately 12km, this route would connect the town centres of Tottenham Hale, Seven Sisters and Nag's Head, making it easier for people to make local journeys and use local services. The route would use both main roads and quieter back streets.

Between Lea Bridge and Dalston

This 3km route would fill the gap between Lea Bridge and the existing cycle route between the City and Tottenham at Dalston. From Lea Bridge, the proposed route heads towards Lea Bridge Road to Lea Bridge roundabout, after which it joins quieter back streets including Downs Park Road and Sandringham Road to connect through to Dalston.

Between Hackney and Isle of Dogs

This 7.5km route would stretch from Hackney to the Isle of Dogs via Westferry, Mile End and Victoria Park. It would connect with the cycle routes between Stratford and Aldgate and Barking to Tower Hill, as well as the proposed Rotherhithe to Canary Wharf crossing. There are currently two options in Hackney to share your views on.

Between Ilford and Barking Riverside

This 7km route will link Ilford to Barking Riverside via Barking town centre using mostly quieter back streets. It would include key connections to the cycle route between Barking and Tower Gateway, Ilford Elizabeth Line station and Barking Riverside Development - this includes more than 10,000 new homes and a new London Overground station.

Your ideas, comments and suggestions can help develop the designs. To comment on the design of these routes, email newcycleroutes@tfl.gov.uk by 31 March 2019. You will get an automatic confirmation that your email was received but no other replies from that inbox.

TfL want your feedback about:

As part of the consultation that will happen later in 2019, TfL will explain how respondents' comments have been worked into the proposals. You will also be able to see details of the expected impact on journey times and changes to bus services.

All images by Transport for London 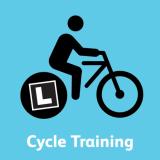 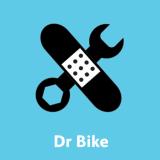 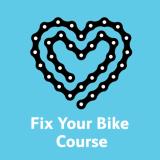 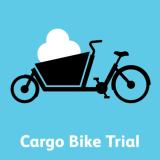 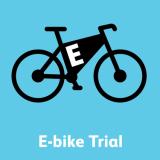