The Ultra Low Emission Zone (ULEZ) is now in place in central London. The ULEZ has replaced the T-Charge (officially known as the Emissions Surcharge) which was introduced in October 2017. The ULEZ operates 24 hours a day, every day of the year, within the same area as the Congestion Charging Zone. Most vehicles including cars and vans will need to meet the new, tighter exhaust emission standards, or pay a daily charge to travel within the ULEZ. This is in addition to the weekday Congestion Charge and the Low Emission Zone (LEZ). If a vehicle does not meet the ULEZ standard, the driver will need to pay the following charge:

The area covered by the ULEZ is clearly signposted with road signs at every entry point along the boundary and along key arterial approaches. There will be no barriers or toll booths but cameras will read vehicle number plates.

Why the ULEZ is important

Around half of emissions of nitrogen oxides (NOx) and particulate matter (PM) come from transport. These pollutants make chronic illnesses worse, shorten life expectancy and can damage lung development. The communities suffering most from poor air quality are often the most vulnerable, including the children of London. At least 360 primary schools are in areas exceeding safe legal pollution levels

To help improve the air we breathe Transport for London (TfL) is introducing measures to encourage more walking, cycling, use of public transport and to encourage more efficient freight deliveries. TfL are also working to create a bus fleet that emits less pollution as well as cleaner taxis and cleaner private hire vehicles.

From 25 October 2021, the ULEZ boundary will be extended to create a larger zone bounded by the North and South Circular Roads. Any petrol or diesel vehicles driving within this enlarged area will need to meet the new tighter emissions standards or pay a daily charge. Vehicles using the North and South Circular Roads and not traveling into the ULEZ will not be charged. 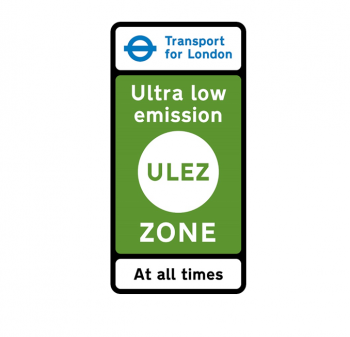 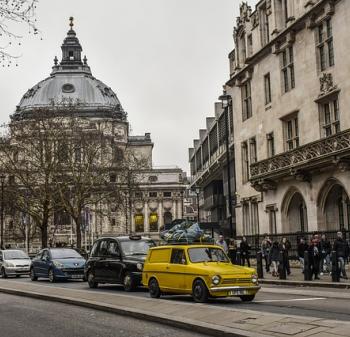